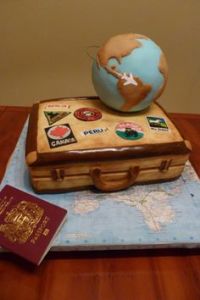 “But what if He tells me to sell everything and move to Africa!?”  It was the quintessential hyperbolic fear of Gen X-ers who grew up in the Bible Belt and were confronted with the prospect of fully surrendering their lives to Jesus as teens or young adults.

For me, it was an over-exaggerated cliche, to which I felt little more than a disinterested, “meh… that would be fine, I guess”.  At age 17, I had asked Jesus not only to be my Savior, but to be my Lord also, which for me meant a relinquishing of my will for my life over to Him.  This was a conscious, sober decision that I did not make rashly.  It was a meditated, calculated decision, about which I was certain, and have never regretted in the 17 years since!  However, I would be lying if I did not confess that Africa was far from what I imagined as a possible future life destination.

I was willing to move overseas, to become a foreign missionary, if that’s what God wanted.  In fact, I volunteered for the job many times: anytime I read Luke 10:2, “The harvest is plentiful, but the workers few.  Pray that the Lord of the harvest will send workers into His harvest fields,” I would do just that.  I would pray as He instructed me: “Lord, please send Your workers into the harvest fields.  And Father, if You want me to go, I will go.  Amen.”

14+ years of prayers like these passed without a permanent call to leave everything and move overseas.  Dianna and I committed to support foreign missions with our prayers and our finances, and to go on short-term trips ourselves as often as we could.  The next 14 years saw us travel to 10 nations on 4 different continents.  Through these journeys, we both discovered that we were lovers of cultures, languages, and the breath-taking kaleidoscope of places and peoples God has made!

9 years of marriage, 3 kids, and a mortgage later, the call began to come, gradually and consistently.  And unmistakably.  Over a period of 14 months full of seeking and praying and listening and waiting, God began to give us a long and unmistakable series of confirmations that we were, indeed, supposed to leave everything we know and love in the U.S. and follow His lead to Africa.

It’s not like we were unhappy with our lives.  We weren’t looking to leave.  We weren’t exploring our options for change.  We were in a beautiful home and neighborhood, working in our dream jobs, in a town very close to both of our families.  We loved our church, our friends, our community…

…But Dianna and I are not the lords of our lives.  We both gave up that role many years ago.  Our lives have been given to us by the God who made them – and has a plan for them.  And our response is to steward our lives – to manage or watch-over our lives – and to faithfully obey whatever He would direct us to do with these lives that He’s created.

The Lord may not call you to sell everything and move to Africa.  He might – don’t put it past Him!  But He will call each one of you to something – probably lots of different things – big and small – all throughout the course of your life: 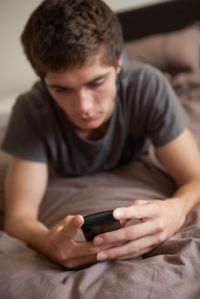 The callings didn’t stop after that!

And y’all, this won’t be my last calling.  He will continue to invite me to join Him in doing some things and laying down others – and it will always take faith and courage and humility and trust in Him.

I pray that He continues to supply me with the faith I will need to trust Him and follow Him – along with the grace I’ll need for all the times that I won’t get it right.

But know this: you will NEVER regret obeying God – no matter how weird or strange or “radical” or uncomfortable the thing is that He is asking you to do!  You will never regret saying YES to God!