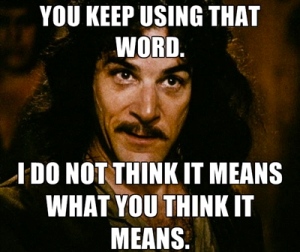 Holiness is difficult to define. This difficulty is problematic for Christians, whom have been called by God to “be holy as He is holy”. How can Christians succeed at being something that is so difficult to understand in our fallenness and finitude?

Many Christians jump right into moral action – or the avoidance of immoral actions – in their initial attempts to define what a life of holiness looks like. When something has been described as holy, however, we recognize that simply describing its actions or behavior leaves the full expression of holiness to be quite lacking. No, holiness speaks beyond actions to the deeper character of the thing being described – right down to its nature, to the very essence of its being.

Holiness is central to God’s being, and thus, the only real way to define holiness is by looking at the One Who alone is Holy.[1] Holiness is so much more than just what God does; holiness is what God is. God’s holy character is one of pure, perfect, self-giving, Triune relationality.[2] The Three Persons of the Trinity exist together in a relationship of unbroken unity that is characterized by perfect intimacy, generosity, trust, and faithfulness.

Once we begin to understand God’s pure, complete, relational, Trinitarian interactivity as the source and definition of holiness, we can begin to understand what God’s call for human holiness is all about: an invitation to partake in His divine intimacy.

Thomas C. Oden writes, “Holiness is the fullness of moral excellence intrinsic to the divine character”.[3] Many definitions for holiness describe it as a moral attribute. But holiness is not merely a moral attribute of God, as though it were just one of God’s many characteristics that He possesses and can exhibit as He wills.

Holiness is something that God is within the very nature or essence of His divine, Trinitarian being.[4] Thus, holiness is not just descriptive of what God does, or even how He chooses to do it; instead, holiness describes who God is at His core. Holiness is descriptive of His being – of His essence.

And since we know God’s existence is Trinitarian, and we can see from the Scriptures all the various moral attributes that make up God’s holy character, then we can see the divine interrelationality of God and learn from how his holy character is morally exercised within His own Triune being. This is what He invites us into when He calls us to “be holy”.

In the next post, we will see that God was holy before man ever existed, and that His holiness was not just in what He did, but in who He was. There is an inseparable connection between being holy and doing holy things. God’s doing flows out of God’s being.

2 thoughts on “Yes, God is Holy – But What Does that Actually Mean?”