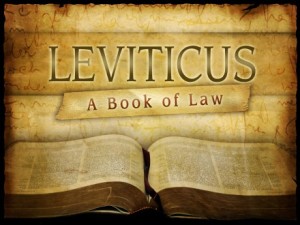 …Boring  …Hard to understand  …Lists  …the Book I always skip  …A million old out-of-date rules and laws.  …I just don’t get it.  …What’s the point of this Book?

To be honest with you, I can feel the same ways.  But I have recently decided to dive deep into Leviticus, to try to understand it, and the reality is, it is loaded with spiritual gold.

As followers of Jesus, we need Leviticus.  We need to dive into the Law to see all that Christ has fulfilled and all that He has accomplished for the world through His life, death, and resurrection.

Although I still find it hard to read, I have truly come to appreciate the value and meaning of Leviticus over the past several weeks of study.  My hope and prayer is that these Scriptures will come alive to you in a new and fresh way to inspire and encourage your followership of Jesus.

The Book of Leviticus lays out the entire system for sacrifices that God required of the people of Israel:

And the purpose of all of this was what?  Why is this complicated system of sacrifices being required of Israel by the Lord?

To deal with the people’s sins and uncleanness.  If one was unclean in the eyes of God, then that person could not enter the Temple, and they must remain outside of God’s household.  That person could not participate in the community of faith or the life of God.  An unclean person was as good as dead in the eyes of the law.  They were estranged from God and from God’s people.  Though they may have been alive, they were not welcome in God’s Temple or in the assembly of God’s people.  Thus, they were as good as dead.

This long, complicated system of sacrifices prescribed in Leviticus was all about keeping the people clean, or helping restore cleanness to the people when they had become unclean, whether from intentional sin and disobedience, and even from accidental or unintentional things that may have caused them to become unclean.

But it was what God prescribed, and it was the people’s only hope of participating in the life of God and the community of God.  Without it, they were separated from God and God’s people with no other hope or method for restoration.  It was the the best system they had, it was the only system they had, and they revered it. 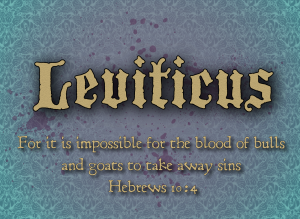 Leviticus gave a detailed description of what man could [try to] do to make himself right with God.  3500 years later, and post-Jesus, we can plainly see how woefully inadequate the whole system was.

But, it was as if God was saying, “Hey, if there could be some human way to be redeemed from sin – just hypothetically speaking, if that were even somehow possible (which it’s not) – then this elaborate, complicated, gruesome, and temporary system involving a tremendous amount of death and loss is the closest you could ever come to achieving it.  And even that would only cover you until your next sinful thought, act, decision, or omission…”

In the next post, I will focus in on the most unique sacrifice described in the entire Book of Leviticus (hint: it’s in chapter 16), and suggest how God can use it to help us deal with the lingering presence of sin in our own lives today, even as 21st-century followers of Christ…

One thought on “As followers of Jesus, we need Leviticus. Here’s why:”