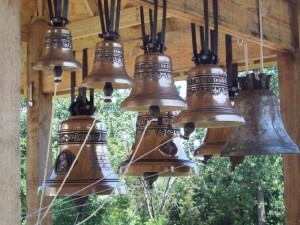 There was a famous American poet who lived during the time of the American Civil War named Henry Wadsworth Longfellow.  Longfellow’s wife had been killed in the war as a civilian as a result of an accidental gun fire.  Their oldest son, Charles, had joined the Union Army in May of 1863, and by November of that same year, had been severely wounded in battle.

Longfellow approached the Christmas season in 1863 in place of deep personal despair.  Upon hearing the old familiar story of the Birth of Christ in Luke, chapter 2, Longfellow struggled to understand the angels’ announcement of “Peace on Earth!  Goodwill to men!” in the midst of all the war, pain, suffering, and death that was around him. 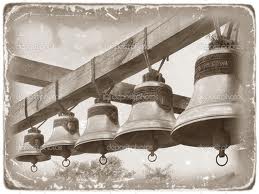 On Christmas morning, Longfellow awoke to the sound of the bells ringing from the church sanctuary, hailing the arrival of Christmas morning and celebrating the Birth of God’s triumphant Savior for mankind.

He wrote a poem that Christmas morning in 1863 entitled “Christmas Bells”.  Later, the words were set to music, and it became the Christmas carol we now know today as “I Heard the Bells on Christmas Day”.

Here are the words of Longfellow’s original poem:

I heard the bells on Christmas Day.
Their old, familiar carols play,
and wild and sweet, the words repeat
Of peace on earth, good-will to men.

And thought how as the day had come,
the belfries of all Christendom
had rolled along the unbroken song
Of peace on earth, good-will to men.

Till ringing, singing on its way,
the world revolved from night to day.
A voice, a chime, a chant sublime
of peace on earth, good-will to men.

Then from each black, accursed mouth,
the cannon thundered in the South,
and with the sound the carols drowned
of peace on earth, good-will to men.

It was as if an earthquake rent
the hearth-stones of a continent,
and made forlorn the households born
of peace on earth, good-will to men. 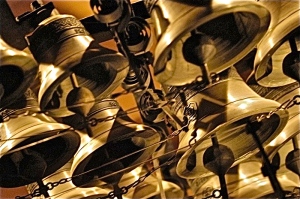 Then pealed the bells more loud and deep:
“God is not dead, nor doth He sleep;
the Wrong shall fail, the Right prevail,
with peace on earth, good-will to men.”

Peace is not the absence of strife.  Peace is having the Presence of Christ in the midst of it.  “Be near me, Lord Jesus, I ask Thee to stay close by me forever and love me I pray. Bless all the dear children in Thy tender care, and fit us for heaven to live with Thee there”.